Others have said that it is not the job of a doctor to make you feel comfortable, it is the doctors’ job to heal you and that might be uncomfortable at times. For example, suppose you break your arm. The doctor needs to do a visual inspection, and that probably involves moving your broken arm a bit, and that will not be comfortable, but it is necessary for the healing process. Next, the doctor will most likely get an X-ray of your arm, and that will require placing the arm in certain positions to get the best possible look at the bones and that most likely will not be comfortable either. But it is necessary for the proper diagnosis and healing to begin. So, with these examples, we can probably all agree that it is not the doctors’ job to make you comfortable.

Following that line of reasoning, I came into possession of four examples of the above analogy transferred to music. Swapping the word doctor for a musician, we get a new and exciting proverb.

It is not a musicians job to make you comfortable, it is the musicians’ job to use music to challenge you, and that can be uncomfortable at times.

I have come into the possession of four pieces of music that presented a challenge to me and made me uncomfortable but ultimately provided something equivalent to healing. These four albums challenged my concept of what music should be. They tested my notions of what lyrics in music should contain. They challenged me to understand what the musicians were trying to tell me through these songs.

I have been listening to mewithoutYou for a long time, I have all their albums, and they get played repeatedly throughout the year. They would probably be one of the most listened to artists in our music collection. Having said all that I waited with baited breathe for their new album to come out, it had been three years since their last album, Pale Horse, which I enjoyed. They had released a teaser single “Julia (or, ‘Holy to the LORD’ on the Bells of Horses),” which was an exciting piece that left me wondering what the rest of the album contained since they usually had threads or stings running through their records. 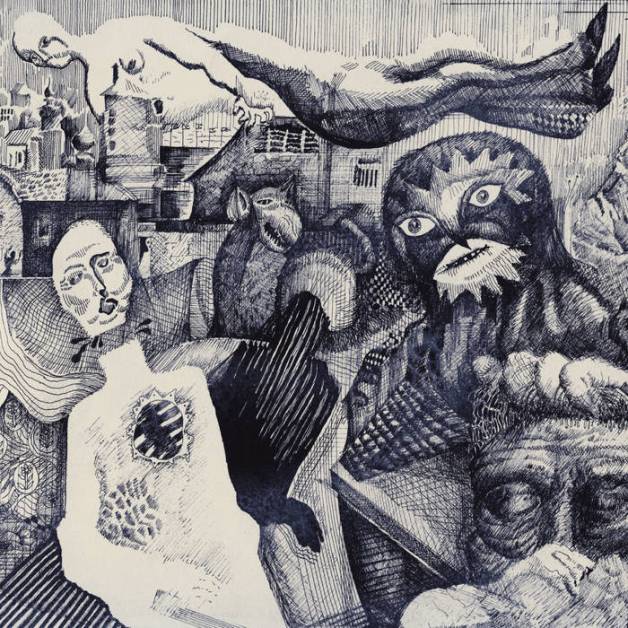 The CD’s arrived this week for both the new album and an EP that was released simultaneously. I let them sit for a few days due to some other listening that I had to finish and a concert review that I wanted to get out of the way so I could focus on listening. Yesterday I opened the CD cases, opened the lyric sheets (which I appreciate bands supplying) and got comfortable for a listening session. I started with the EP, which clocks at an impressive 25 minutes, and it didn’t take long for my comfort to be challenged by the lyrical content. Track one contains this enigmatic line: “when your mouth was quiet was the sweetest sound of all.” The EP has the sound and feel of a mewithoutYou release. The vocals are consistent with Aaron Weiss’ lyrics from previous albums. He tends to wander between whispers and primal screams with some words that come across more like a poetry reading than traditional singing. 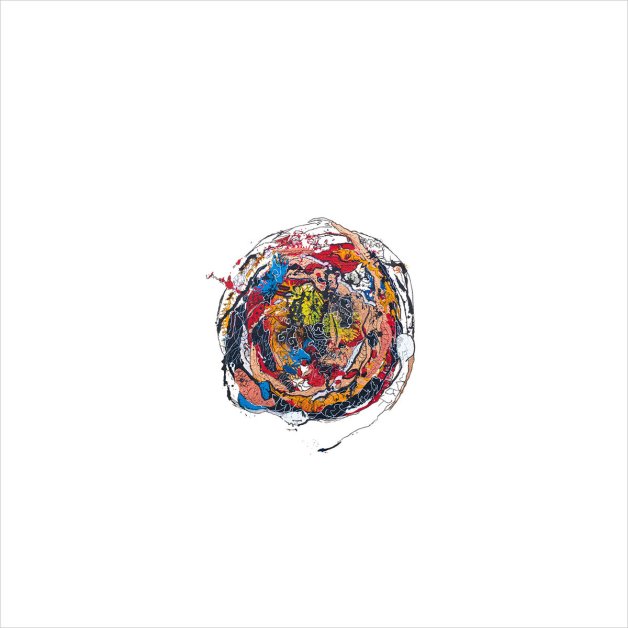 The album was next, [Untitled]. Yes, that is the title of it. [Untitled] Taking us out of our comfort zone with the title before I even take the shrink wrap off. The cover artwork is somewhat different from previous albums as well although they are all by the same artist, Vasily Kafanov. Even the art on the cover was taking me out of my comfort zone.
I put the CD in, get comfortable with the lyric sheet, and open my ears to hear. The first track is very mewithoutYou prime, and it has Aaron screaming at us: “Anyone listening wants a brainwashed like mine?” That sounds uncomfortable, and it echoes a theme that Aaron expounds upon frequently, mental health. The lyrics of both the EP and the full-length album, at 43 minutes, are more cryptic than ever and challenge the listener to listen. I challenge you to listen to the album intentionally. They are not suitable for passive listening, at least not for me. They expound upon issues of faith, feelings, fear and facing life with all of its ups, downs and twists and turns. Life is complicated and so are these two listens from mewithoutYou.

In conclusion, I like these recordings, and they have grown on me with each additional listen. They need time to become comfortable with us. 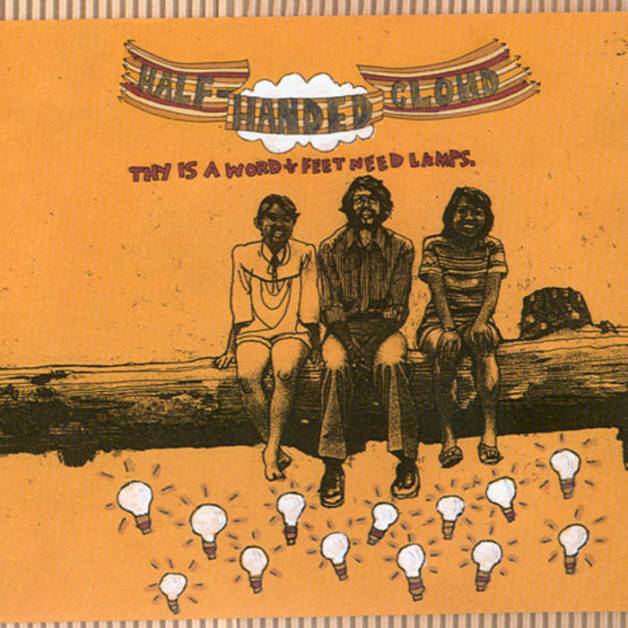 I also scored a pair of albums off of Facebook Marketplace that I was excited to have hard copies of since these don’t show up in Edmonton often. These two pieces of vinyl are by Half-handed Cloud, “As Stowaways In Cabinets Of Surf, We Live-Out In Our Members A Kind Of Rebirth,” and “Flying Scroll Flight Control.” I have listened to the only CD I have by Half-handed Cloud “Thy Is a Word + Feet Need Lamps” over and over plus streaming their material on iTunes frequently, so I was happy to score these two albums. I played them the same night I bought them

I must warn you about this band though, and it is not for everyone’s taste. Half-handed Cloud, much like their name and album titles are a little bit unconventional. The band is essentially a one-person show by John Ringhofer who often collaborates with Sufjan Stevens and Danielson, in their many configurations. The music will probably make you uncomfortable, but stick with it and listen intently. There are lots of interesting things happening. Instruments come and go, and he will often change instruments in the middle of a song in live shows. There are tempo changes that will catch you unawares. And then there are the lyrics. To quote Ringhofer: “Lyrics seem so much better heard than read…” There are no lyric sheets so I had to really listen to hear the words and to attach meaning to them. 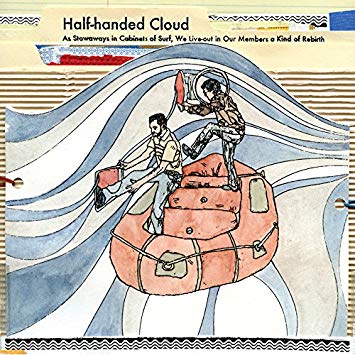 Perhaps we can align both mewithoutYou and Half-handed Cloud by their lyrics. They both explore themes of faith. Often, especially Half-handed Cloud, they are focused on faith in God as expressed in white Anglo-Saxon pentecostal churches. Less so with mewithoutYou, the doctrine of Aaron Weiss is more open to a broader concept of God, but none the less personal. I don’t think this takes anything away from their albums. If the faith in the lyrics makes you uncomfortable that could be a good thing. Perhaps they can be a challenge to you to open your life more to the things that are going on around you, open to what others think, feel, and believe and why they believe what they do.

I enjoyed the challenge presented by these four albums. The music and the lyrics made me perk up and pay attention, to think outside of my comfort zone. It was a good thing. “Whoever has ears to hear, let them hear.”

“Life begins at the end of your comfort zone.” – Neale Donald Walsch

“God calls us to step out of our comfort zone, to do the thing that is difficult or uncomfortable. Not because God enjoys watching us struggle, but because he knows that we will grow stronger as individuals and in our faith when we try new things.” –  Suzanne Anderson