As another year draws to close I am naturally drawn to introspection and reflection on the year that was and a friend of mine, mostly through Facebook these days, unfortunately, although we had many good years of working together, posted a very good question: “What did I learn this year?” I think that is an excellent question that led me to ask myself, ‘what did I learn this year’? After all, if I did not learn anything it would have been a wasted year.

I learned that playing the ukulele is about the same as playing guitar, a bass or a mandolin, all of which I have, it takes practice and I am not very good at practicing. I am tempted to set a new year’s resolution to practice, but I am afraid I would quickly break it so I am going to pessimistically say that I want to practice more. I think I can actually keep that resolution because picking up any instrument more than once a week would be practicing more than I do now. I want to learn how to play The Peter Gunn theme as played by Duane Eddy because that has been cited by many of my favorite musicians as the first bit of guitar that they learned how to play. Joel is going to also work on that song and if I can keep my resolution of “more” practice I should be able to play it by the end of 2018.

I learned that the wheels of justice move very slowly but they do move. I have been involved in some legal matters that are ready to go before a judge, January 24th in room 262, so I am grateful that this chapter is coming to a close. I learned to keep notes of every meeting with everyone involved, I would have liked a taped session better but notes were good. I learned to photocopy every document and keep a copy for yourself. I learned that good lawyers cost good money but get good results.

I learned that I didn’t know God as well as I thought I did and that most people don’t either, they just think they do. I learned to let go of my preconceived ideas about God, faith, and holy books and to be open to new thoughts and faith and beliefs and do not condemn others who don’t believe the same way I do and to accept the stones that others will throw at me because I do not believe the same way they do. I learned that I still feel close to God, even loved. I learned to be patient with my faith, it is not a destination, it is a journey.

I learned to let go of my anger. That’s a tough one. I was carrying a lot of anger, and still, carry more than I should. I was angry at God, fortunately, God deals with it better than people. I was angry at Christianity and still give vent to that one frequently so I guess I am still angry at Christianity. The court date will hopefully bring some closure to that ember of anger. I was angry on Facebook. Unfortunately, that translates very poorly and came out as anger at the people, my friends, and it was ugly. I am getting better at just letting things go. Yes, there are posts that I don’t like and don’t agree with. I can let it go. Yes, people spam and forward messages that are alternative truths. I am learning that I don’t have to correct every wrong on the internet. I was becoming a grumpy old man. I was blessed to take a course through the Grey Nuns Hospital on mental health and they helped me to see my anger and to deal with it in healthier ways, I really learned a lot from them.

I learned that it is ok for an adult to use coloring books, they are great mental health time-outs.

I learned that there are whole realms of music that I have not listened to and should. I have been on a binge of new-metal, shoegazer-metal, drone-metal. Whatever, listen to Planning For Burial on iTunes or YouTube and you will know what I mean. I like the album Below the House. Low Roar is another good band in that same general direction. I got to see them live this year and learned to really like their music. I listen to jazz more now than ever before, I listen to country and western as much as ever, I am learning to listen to classical. Classical music is great, but it seems to need more attention because so much is going on. I listen to classic rock, the music of my youth and still enjoy lots of it. I learned that music is like cheese, some it ages better than others.

I learned that it was a lot easier to go to concerts when I was 30 years younger. I went to the Edmonton Folk Festival this year for the first time since 1988 and it was tough on me physically. I am not as young in body as my brain would have me think. I enjoy the music. I enjoy the atmosphere. It was a great festival but I was totally fried afterward. I went to more concerts this year than I ever did in the past and there were moments where I wanted to just quit and go home, but I learned that I can persevere and stay till the encore and still make it home. I learned that Rexall Place enforces a no smoking rule but it’s only for cigarettes. People can light up marijuana joints all night and there are no consequences. I learned that I have to wear a full face filter to concerts at Rexall Place.

I learned that Alberta has a very good health care system. I have spent more time in doctors offices and labs in the last two years than I did in the 60 previous years combined. I learned that there are really good doctors and nurses that really care and work really hard at getting us healthy. I learned that there is a lot of really crazy science behind how our bodies and medications work and as much as I don’t like being sick, I did learn a lot from the experience.

I learned to listen more and talk less.

I learned that there are people, places and things from the past that I just have to let go of. I can’t be twenty years old again and owning another guitar will not make me a better person. Owning the same car as I had when I was 20 will not make the present better, probably worse in fact. I can not fix the things that I did wrong in the past, but I can work at making a better future.

I learned that making the world a better place starts with me.

I learned a lot this year, thanks for asking Jackie.

Happy New Year everyone, may 2018 be a learning experience and a blessing. 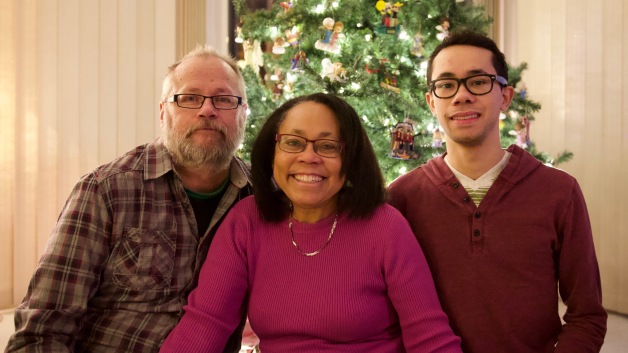