I have been captivated the last week or so with the new album by Eleanor Friedberger, Rebound. I am a newcomer to her music, but I didn’t sample her previous fare, allowing this album to stand or fall on its own merits or faults.

The album is an exploration of her time in Greece exploring the music scene in and around a club named Rebound which is, of course, the album title. This is described by Eleanor as “a time warp; kind of an ’80s goth disco where everyone does the chicken dance,” it was in the Rebound club that the former Fiery Furnaces indie rocker had a revelation regarding finding the sound and energy for her fourth solo album.

The album starts with “let me forget the words,” an interesting opening line for an album but a gentle, moody song that moves into a place of listening to the words and trying to hold on to them long enough to get some semblance of meaning or introspection which this album has plenty of. The song is called “My Jesus Phase” and spoke to me about the phases of life that we all go through but in the end, living for one day at a time.

Next song up is “The Letter” which contains these lines in the chorus:

The opposite of what she wanted

(I thought that you would know)

(I thought that you would feel something)

The opposite of what she said

These words brought to mind the Terry Scott Taylor song from his album “John Wayne”. 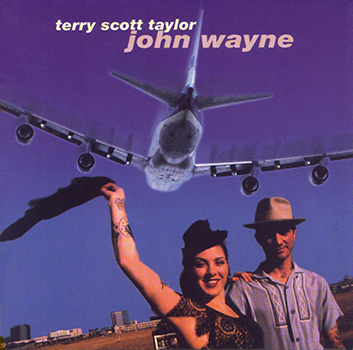 The song “You Told Them Exactly What I Didn’t Say,” which was interpreted for me by my friend Larry J. contains these insightful lyrics:

You told them exactly what I didn’t say

Exactly how I didn’t say it

You played them exactly what I didn’t play

Exactly how I didn’t play it

You wrote down exactly what I didn’t write

Exactly how I didn’t write it

You typed in exactly what I didn’t type

Exactly how I didn’t type it

Miscommunication is rampant be it in a letter or in a presidential text, we are living in an age of radically different communication expectations and attitudes.

Next is the track that really grabbed me and prompted me to write this blog post, “Everything.” It wasn’t too long ago that I was captivated by an album titled “Everything Now” and with a song from the album of the same name by Arcade Fire. Compare Eleanor Friedberg’s lyrics:

A house, a chair and a rug

A life that’s quiet and nice

with the lyrics by Arcade Fire in the song Everything Now:

(Everything now!) I need it

(Everything now!) I want it

(Everything now!) I can’t live without

(Everything now!) I can’t live without

We indeed live in a world that consumes itself with a desire for everything. We are chastised in the Bible not to be greedy or have an appetite for everything, and I think these two songs speak to that sentiment very closely.

Skipping fast forward in Eleanor’s album to the sixth song, “Nice To Be Nowhere.” I fell in love with this song the first time I heard it. This summer we had a mini-holiday driving around our province in which we loosely set out a few destinations that we would like to see. Most of them turned out to be in the middle of nowhere, and it was nice to be there with my family. We drove backroads and occasionally dead-end roads, but we were always happy to be nowhere with each other. From the song Happy To Be Nowhere: “Living off our pleasure, no matter the weather, give me a day, give me an hour, take the back road.”  There are times when I am happy to be nowhere, happy not to have an agenda or a timetable, happy to be just who I am in this moment in time. Happy to be nowhere, over and over with you. Dedicated to my beautiful wife Valerie and my talented musical partner and son, Joel.

Eleanor Friedberg has given us an amazing album with enough depth to keep me listening over and over trying to catch every nuance in the lyrics and music. Rebound is on my short list for the best of 2018, a highly commendable listening experience.