Friday, October 5 and Saturday, October 6 were exciting and memorable evenings for me, I had the opportunity to listen to the music of some highly talented people, and it was excellent indeed. Up and Downtown Music Festival (UP+DT) has been going for six years, but this was my first venture into the adventure of this exciting format. UP+DT is a multi-venue festival that celebrates independent music in 11 different venues within the downtown area of Edmonton. They celebrate both local talent and artists from other parts of Canada.

Friday night saw us at the 9910 club which was a first for me in this venue. It is an intimate basement establishment with a wet bar on the right side wall as we entered, a few booths on the opposite wall and a small stage on the wall opposite the bar. nehiyawak was starting to play as we walked in and after a quick survey of viewing options, we stood facing the stage about five or six body counts from the front of the stage.

We saw nehiyawak at the Interstellar Rodeo this summer and liked what we heard, so we were happy to see them again in a different context, from a big stage in an amphitheatre to a small setup in an intimate club. nehiyawak transitioned well. The sound in 9910 was excellent, it was a good volume and a good mix so kudos to the sound technicians.

I enjoyed watching and listening to nehiyawak, they enjoy making music, and that creates a feedback loop of us enjoying hearing them, which loops back to them. The drummer Marek Tyler was a joy to watch, he was ebullient, happy to be singing and doing percussion.  His cousin guitarist-vocalist Kris Harper plays a vintage guitar that looks almost bang on to my first guitar. A little gear envy on my part. The band is rounded out with the bassist, keyboardist Matthew Cardinal.

nehiyawak made my ears happy twice this year, and I look forward to more good things from this Edmonton based outfit.

After a short turnaround that stripped the stage down to one mic stand, a tuning pedal and a single guitar, Destroyer took to the stage, and we had moved up to the very front which put us about a meter away from him. I did say it is an intimate club, didn’t I?

In 1995 Dan Bejar started Destroyer as a solo home-recording project. After a dozen full-length albums and several EP’s, not to mention his work in such notable groups as The New Pornographers, Dan was now on stage before us accompanied by nothing other than his vocal cords and his guitar.

I have a great deal of admiration for artists who can do that; there is no place to hide if mistakes happen. And mistakes do happen, we are still human after all, but a skillful musician such as Dan Bejar can work with that and keep the music coming. Destroyer played a set that kept the audience fixated, except for a few loud people at the bar. Which made for some good spirited banter between the bar crowd and the people in the crowd who couldn’t hear the music which led to humourous mediation by Destroyer.

Friday night ended on a bright note, and I looked forward to Saturday night at another venue that I had never been in before. CKUA is a much-loved radio station in Edmonton, and although I knew that they live streamed artists in the studios, I had never been fortunate enough to attend any of them, until now.

The station is in the old Alberta Hotel building which has been beautifully restored to house the radio station. The Performance Hall is a high ceilinged room in a ground floor room with decent acoustic treatment and excellent sound. Hats off to the soundboard operators, they did a good job. 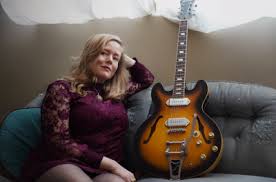 The first set on Saturday night was Lindsey Walker. We had listened to Lindsey at a Sofar pop us show earlier in the year, and I was happy to hear her perform again. At Sofar Lindsey was solo, but on this night she was accompanied by Alex Vissia on bass and backing vocals, whom we had seen performing previously as a solo act, and Vicky Berg on piano, synth and backing vocals. These three ladies are very talented and their set zipped by leaving me looking forward to hearing them play together again.

In the middle of Saturday night, we had Poor Nameless Boy,  Regina-based indie folk artist Joel Henderson and his band. I had not listened to any of their music before so I didn’t know what to expect, but in the end, I was happy that I got to hear them. Joel Henderson, who is the heart of Poor Nameless Boy, sings songs that sound at home on the prairies but are not constrained by any genre branding iron. He sings about people and the things that people do, and he can take the little things that often go unnoticed and turn them into a meaningful song. Poor Nameless Boy is a gifted singer and song craftsman who I would like to hear again. 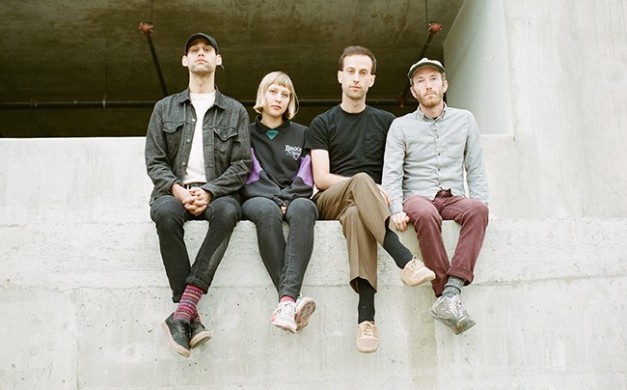 The closing act for the night was Mauno, a four-piece band hailing from Nova Scotia consisting of singer/guitarist Nick Everett, guitarist Scott Boudreau, bassist/vocalist Eliza Niemi, and Adam White on percussion. This band refuses to be confined by any genre or stylistic title. They play music, and they play it damn well. The music is technical, it is melodic, it moves my body and my heart. It makes love to the air that it touches. Mauno sings about life in concise and pointed lyrics that run with the whims of the music. It is artistic, and it is passionate. I enjoyed being able to see Mauno play live because they add so much more in a live show that a piece of vinyl cannot contain. Done, now I am going to go and listen to their record, Tuning